A military version of the highly successful Fokker F-27 Friendship turboprop light airliner, the F-27 Troopship has been used by many militaries all over the world. This 1/72 scale sheet provides markings for some of these military operators. Limited run of only 250 sheets.

The options on this sheet are:

This decal sheet was designed for the Airfix kit. While the Finnish and Iranian options should also fit the Esci/Italeri kits, we can not guarantee that the Dutch option will fit these kits. 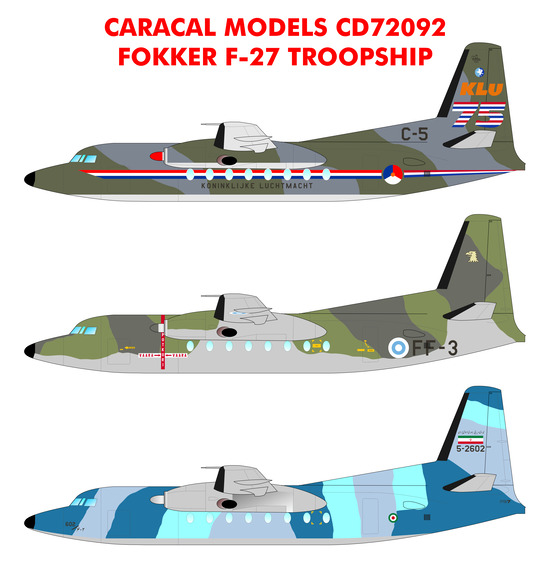 This sheet was professionally screen printed by Microscale in the US.