Our second 1/48 scale decal sheet for the F-22 features markings for fifteen (15) USAF Raptors, some with unique nose art or unit flagship markings. The aircraft featured on this sheet are:

Extensive stencilling (printed by Cartograf) for one aircraft is provided. The stencilling sheet that is included in this set will also be available as a separate product (CDB48010) in September 2022.
We will also be releasing a general-purpose F-22 serial numbers sheet in September 2022, allowing you to build almost any F-22 belonging to the units featured on this sheet. 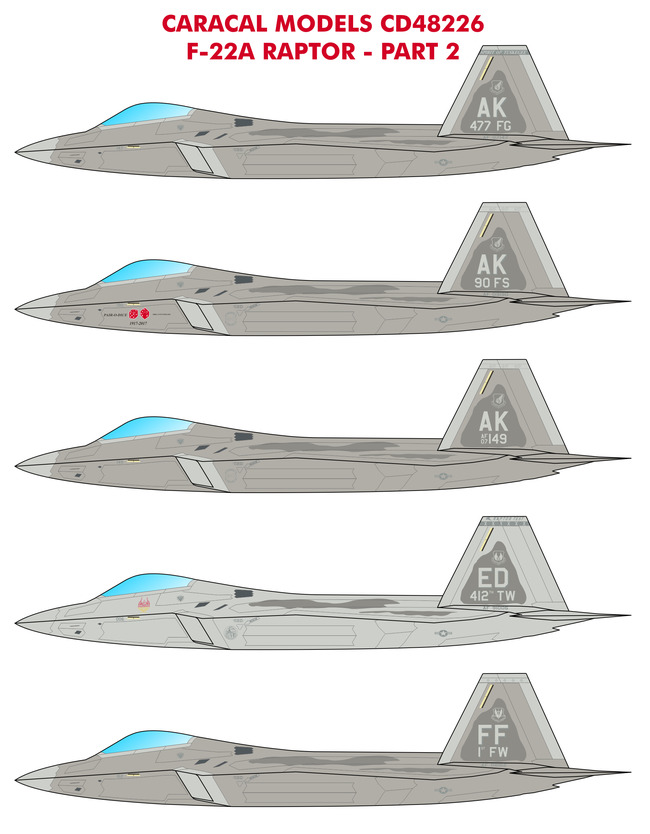 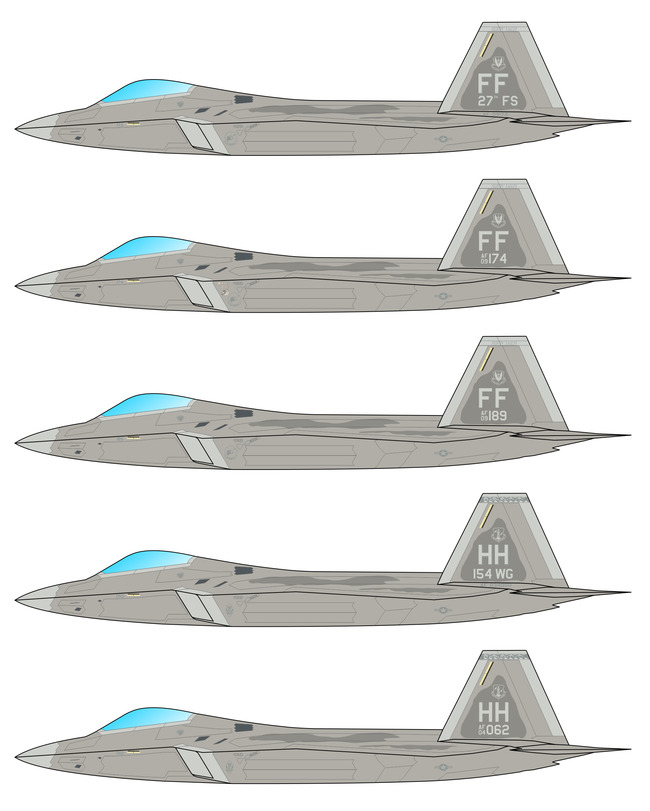 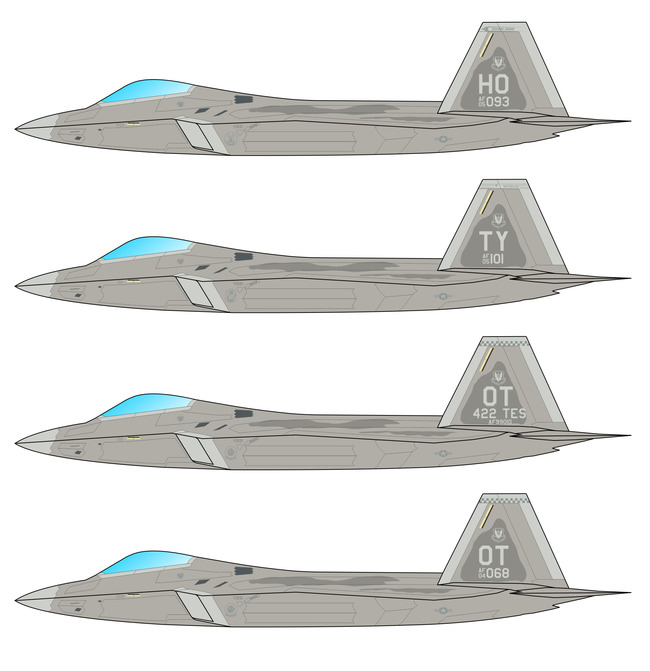 All of the decal sheets in this set were professionally silk screen printed by Cartograf in Italy.