Combat-proven and constantly upgraded to adapt to the threats of modern battlefields, the AH-64 Apache is arguably the most capable combat helicopter in the world today. Our first decal sheet for the Apache features 16 (sixteen) different marking options for US Army and foreign operators of the latest Apache variants - the AH-64D and AH-64E.

Designed for the Hasegawa kit. Please note that the US options on this sheet require the ASPI (Aircraft Survivability Product Improvement) exhaust kits (commonly known as the "sugar scoops") installed on the US AH-64 fleet since 2009. 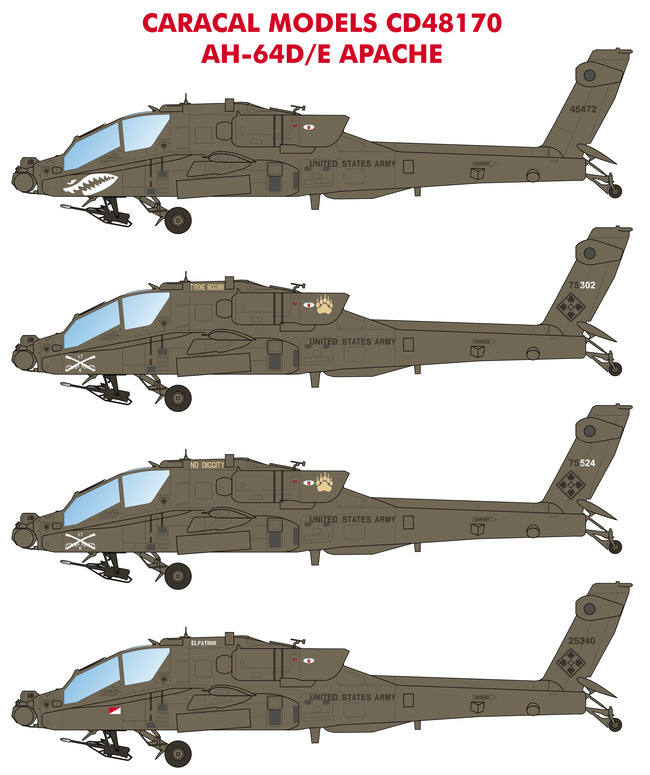 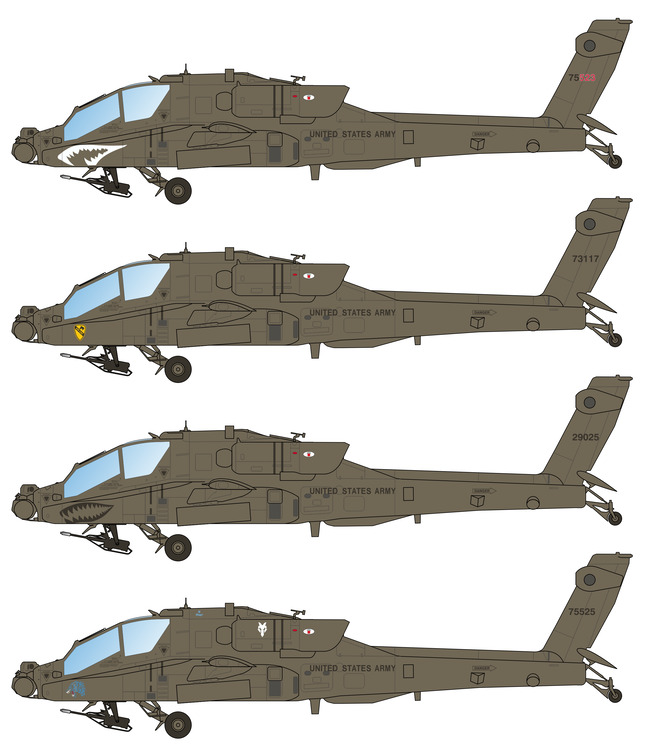 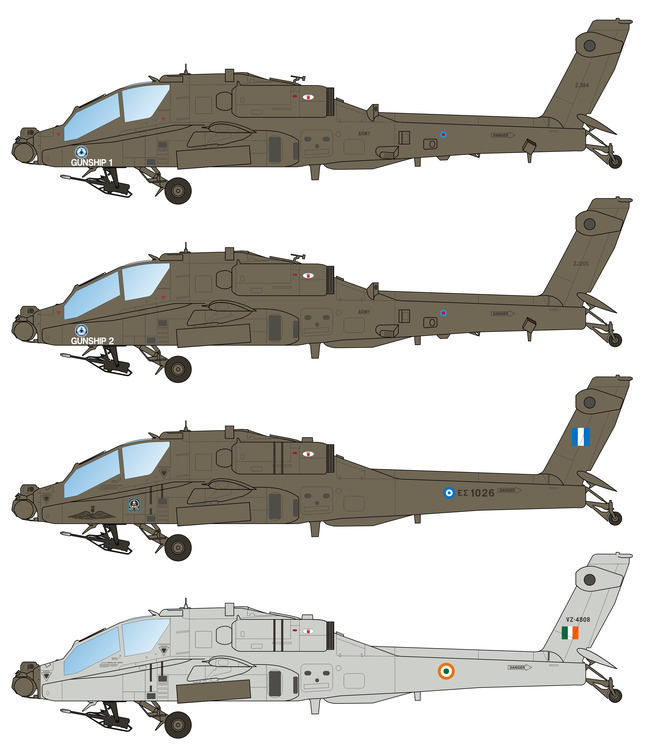 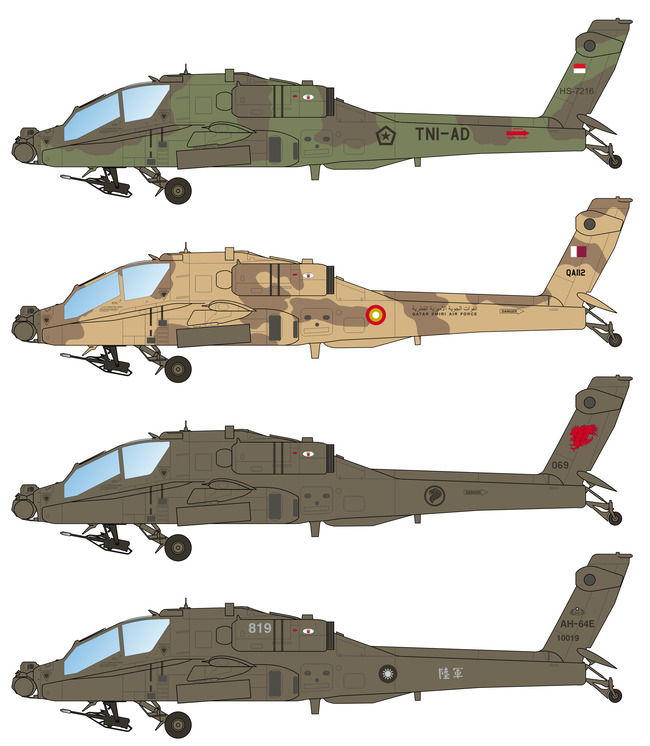 All of the sheets in this set were professionally screen printed by Cartograf in Italy.

We will start shipping this sheet on April 15, 2020. You can preorder this decal sheet securely with your credit card or PayPal account now.
The price includes free US shipping. International shipping is only $7.50 extra. Texas residents pay 8.25% state sales tax.