This sheet provides new markings for a familiar USAF aircraft in its latest clothing: the next generation Have Glass V scheme. This special coating is being applied to the aircraft of some units operating the Block 50/52 in SEAD role. Other SEAD units are expected to follow. 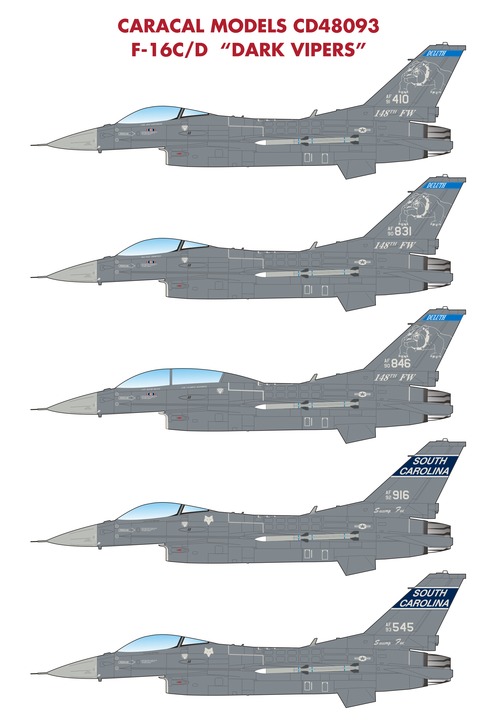 National insignia and stencilling for two aircraft in Have Glass V scheme are included, as well as a full set of numbers to allow you to build more F-16s in this scheme. This sheet was professionally screen printed by Cartograf in Italy.