While the YF-23 lost the fifth-generation USAF fighter competition, it was the favorite of many aviation enthusiasts. Fans of the YF-23 were finally rewarded with a new 1/48 kit from Hobby Boss in late 2013.

The kit decal sheet only includes markings for an imaginary USAF example. Our new decal sheet provides accurate and well-researched markings for both of the YF-23 prototypes (PAV-1 and PAV-2). 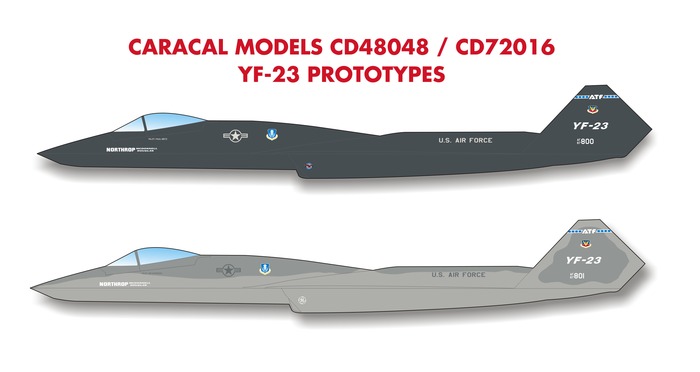 Markings for full stencilling, crew names, the red "hourglass" originally painted on PAV-1, and intake boundary layer area are included. This sheet was professionally screen printed by Cartograf in Italy.

SOLD OUT! We sold out our entire print run of this very popular sheet. Please check our resellers (such as Sprue Brothers and Squadron in the US, and Hannants in the UK) to see if they have any in stock.