The F-100 Super Sabre was one of the most important attack aircraft used by the USAF in Vietnam. This 1/72 scale decal sheet features markings for 11 camouflaged Vietnam War jets: 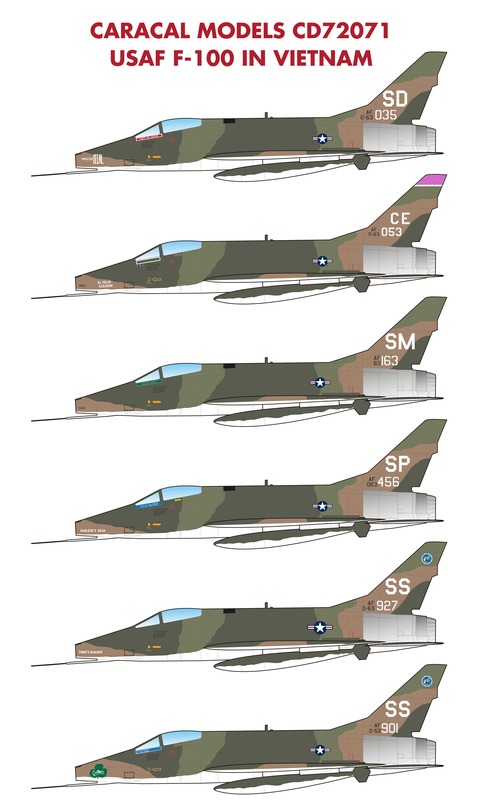 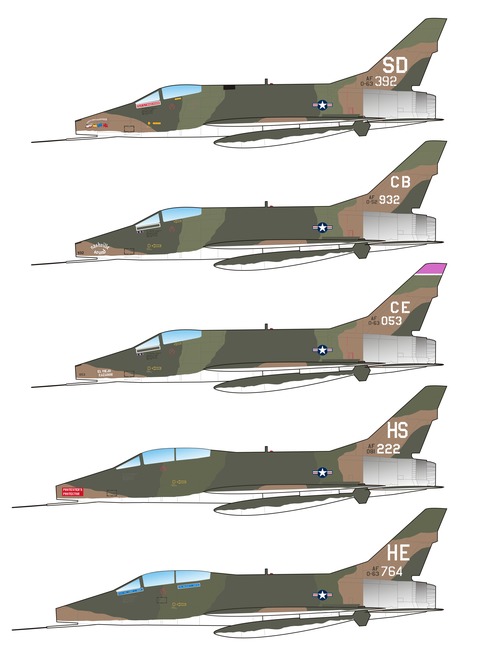 Accurate Vietnam-era stencilling (with common variations of some markings) and national insignia for TWO aircraft is included. This set was professionally screen printed by Cartograf in Italy.