On our first 1/72 sheet for the B-52 Stratofortress, we provide complete markings for no fewer than 11 USAF B-52H's in the current overall gray scheme, each with unique nose art. Designed with the existing AMT B-52H and future Modelcollect B-52H kits in mind, this very comprehensive set covers the current B-52H fleet in unprecedented detail. All operational units in Minot and Barksdale AFB are represented. The aircraft featured on this sheet are: 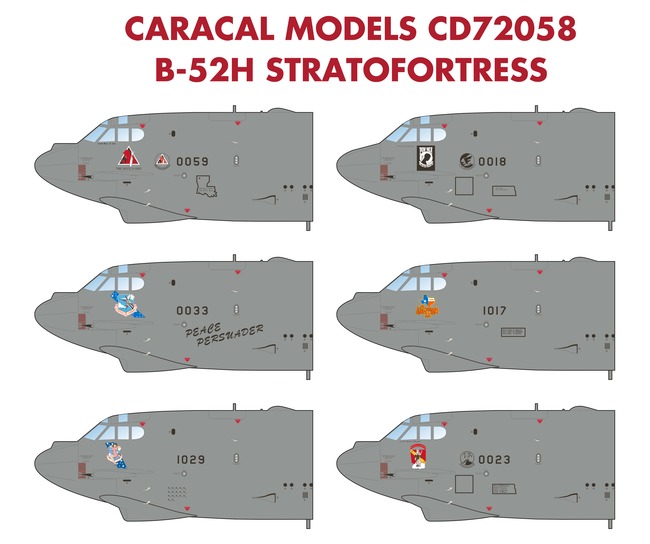 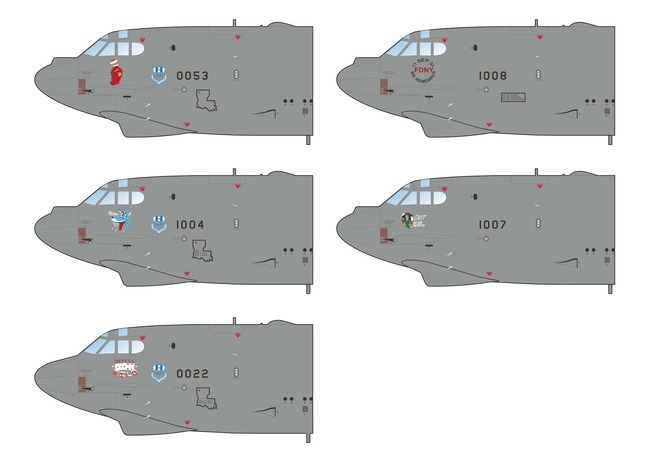 Full stencilling for one B-52H in the current standard scheme is included. All of the sheets in this set were professionally silk screen printed by Cartograf in Italy.