This 1/72 sheet provides high-quality markings for C-130 "Fat Albert" support aircraft for the US Navy aerial demonstration team "Blue Angels". The three options on the sheet are: 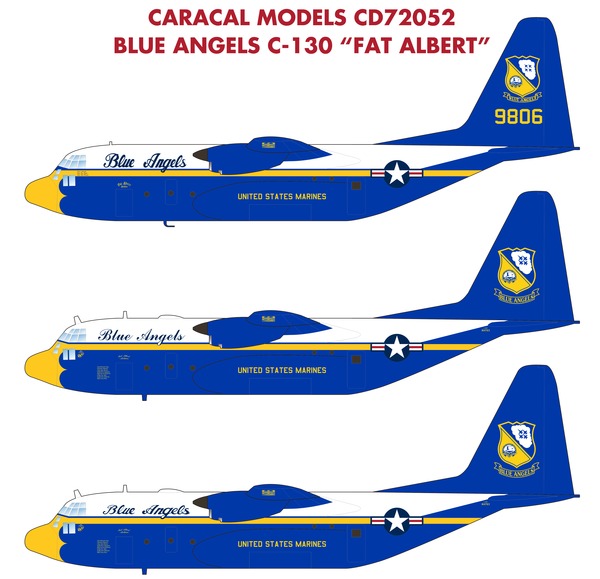