As one of the world's leading aerobatic teams, the Patrouille de France needs no introduction. The team celebrates its 60th year in 2013. Our comprehensive decal sheet provides markings to build any one of the team's aircraft for the 2013 season; or in any of the special tail markings the team has worn since 1993!

This sheet is the first in a our new series of world aerobatic teams markings. 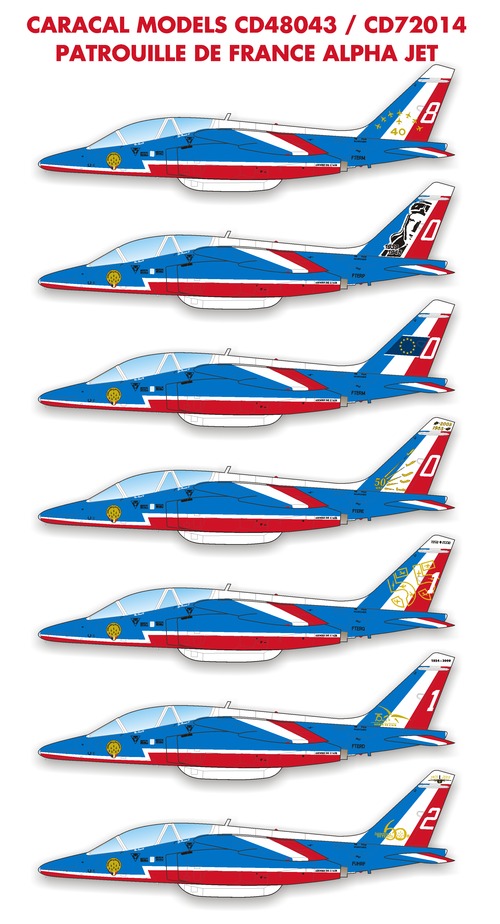 This decal sheet was professionally screen printed by Cartograf in Italy.


You can buy this decal sheet securely with your credit card or PayPal account now.
The price includes free US shipping. International shipping is only $7.50 extra. Texas residents pay 8.25% state sales tax.