While the USAF service of the F-104 has been relatively short, the Starfighter had a long and fruitful service history with NASA. In this decal sheet, we provide markings for NASA F-104s in both the original 1960s scheme and the later white/blue color scheme.

There are markings to build any one of the three original F-104Ns, one of which (013) was tragically lost in an air-to-air collision with the XB-70A Valkyrie on June 8, 1966.

The options on this decal sheet (designed to fit both Hasegawa and Kinetic kits) are: 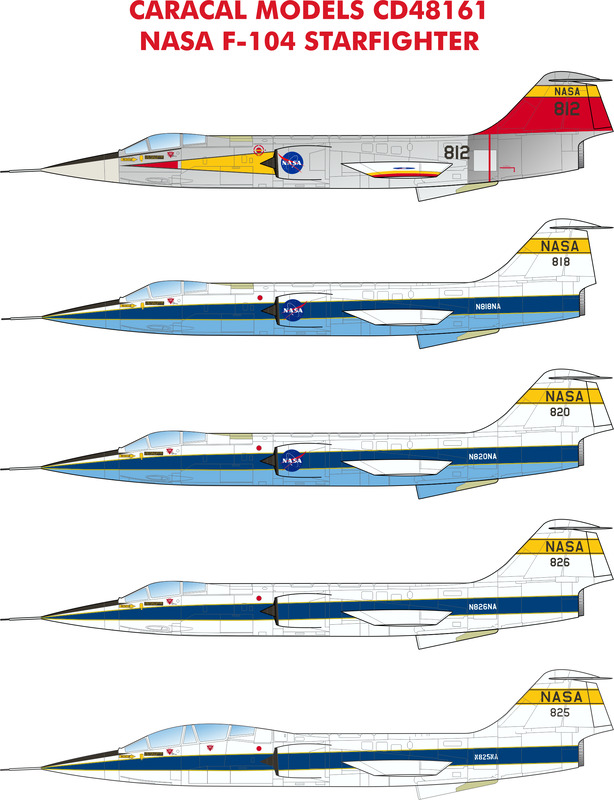