The second installment of our two-part series of decal sheets for the Sukhoi Su-30MK/MKK multi-role fighter features the following options: 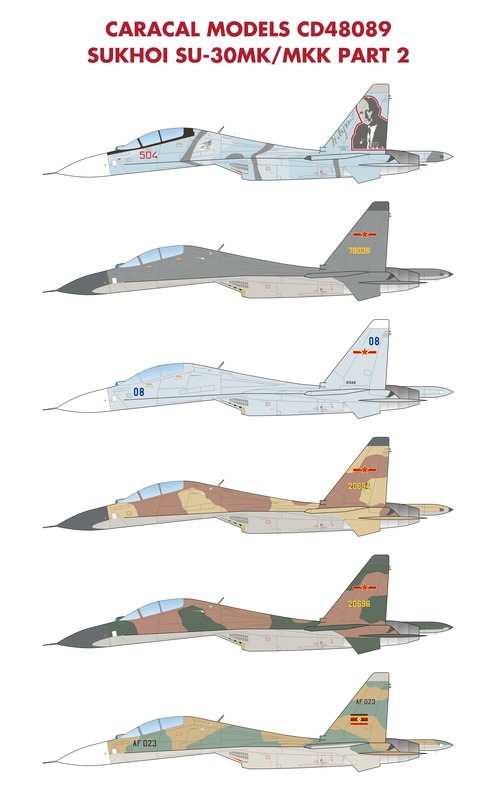