This decal sheet provides markings for F-16s of three Arab countries that participated in attacks against the ISIS terror "state". Our selection of markings include two Egyptian F-16s with the unique orange identification panels used by this nation, the new Iraqi aircraft, and three Vipers from the Royal Jordanian Air Force. Also included are some Arabic bomb graffiti as applied on Mk.82 bombs carried by Jordanian aircraft on these raids! 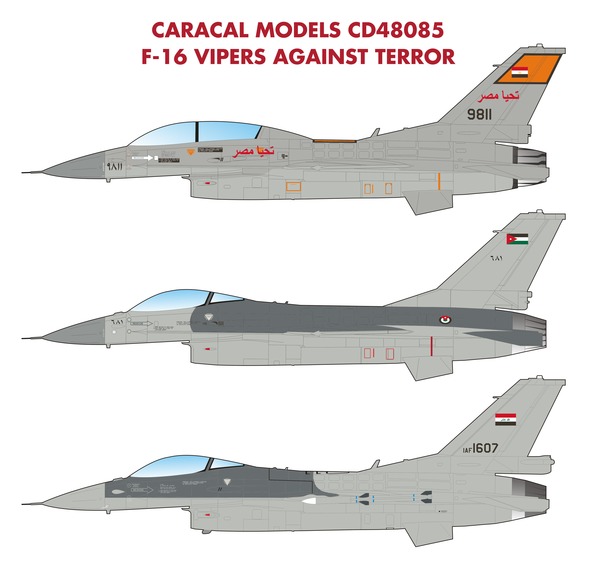