The F-15C/D Eagles of the 493rd Fighter Squadron based at RAF Lakenheath are one of the most capable air assets of NATO. Our new sheet for Lakenheath Eagles features complete markings for several aircraft from the unit. 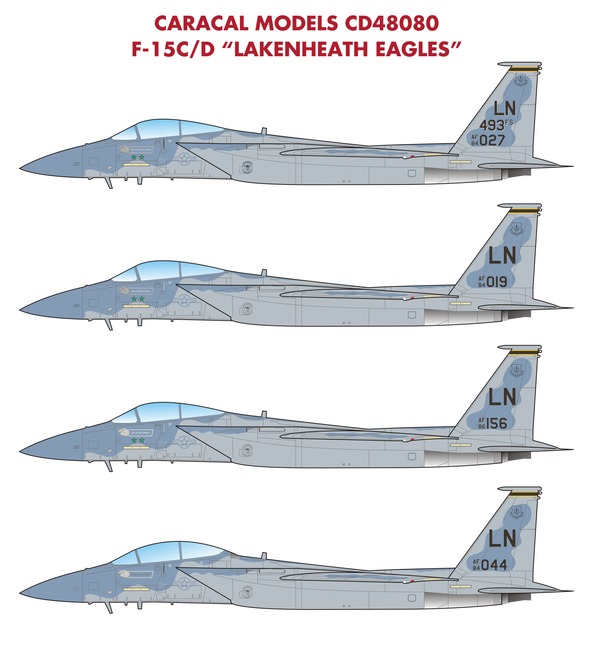 Full stencilling and national insignia to build any two of the options are included. This sheet was professionally screen printed by Cartograf in Italy.