The military version of the very successful Beechcraft 18 twin-engine light transport aircraft served the world's air forces as the C-45 Expeditor. The second sheet in our two-sheet series for the C-45 feature several international markings options for both early and late Expeditors. 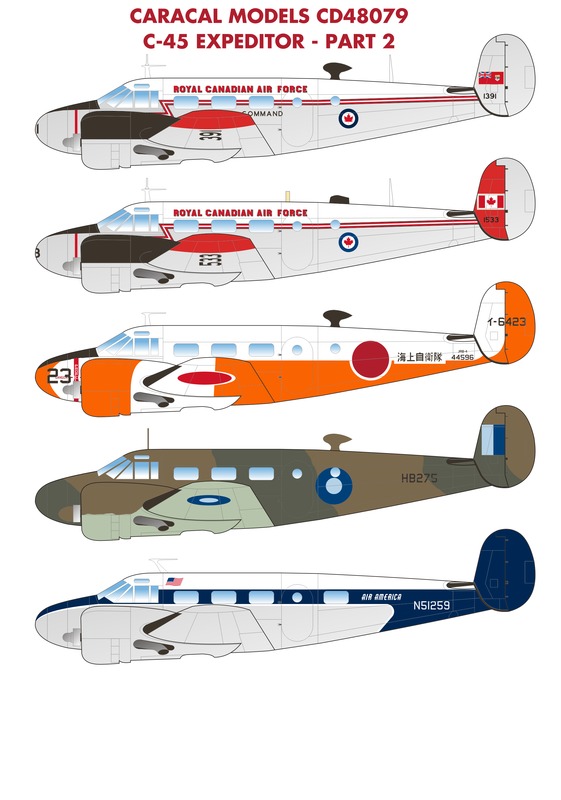 Full stencilling and national insignia to build any of the options are included. This sheet was professionally screen printed by Microscale in the USA.

SOLD OUT! We sold out our entire print run of this very popular sheet. Pl ease check our resellers (such as Sprue Brothers in the US, and Hannants in the UK) to check if they have any in stock.