Our first F-106 sheet features markings for three different Air National Guard units that flew the Delta Dart during the last years of the service of the type. Markings for a total of 6 aircraft (three F-106A, three F-106B) are provided.(Trumpeter has announced plans to release a new tool 1/48 F-106B during Fall 2014). 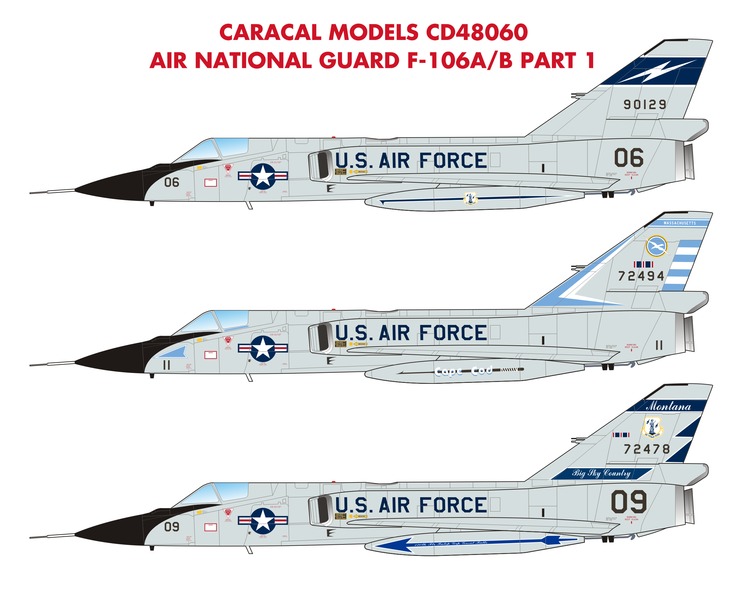 Full stencilling and national insignia to build one F-106A or F-106B is included. This sheet was professionally screen printed by Cartograf in Italy.


SOLD OUT! We sold out our entire print run of this very popular sheet. Pl ease check our resellers (such as Sprue Brothers and Squadron in the US, and Hannants in the UK) to see if they have any in stock.