Caracal Models will release a new series of USAF/ANG Phantom decals during Summer 2013. CD48036 is the second sheet in this series, and it features markings for several colorful Phantoms from the early 1980s when the Phantom was the primary fighter in ANG service. 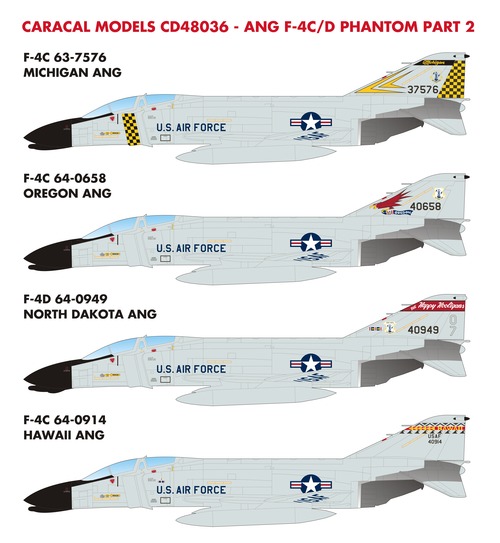