Our first decal sheet for the new 1/48 Wolfpack T-38A kit aims to provide markings for current and recent USAF examples in a variety of roles including trainers, companion trainers and weapons testing.

The ten options on this decal sheet are: 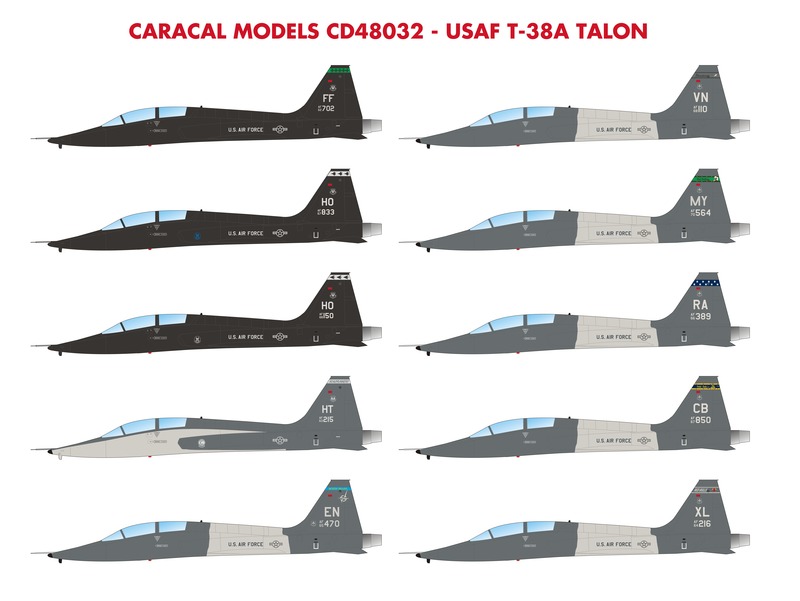 All the options on this decal sheet are aircraft in the original T-38A/AT-38B configuration (prior to the T-38C modernization with different intakes) and can be built out of box using the Wolfpack kit.

This sheets was professionally screen printed by Cartograf in Italy.


SOLD OUT! We sold out our entire print run of this very popular sheet. Please check our resellers (such as Sprue Brothers and Squadron in the US, and Hannants in the UK) to see if they have any in stock.