The third sheet in our very successful "Global Air Power" series features MiG-29 (9-12) from five different air forces around the globe. The options on this colorful sheet are: 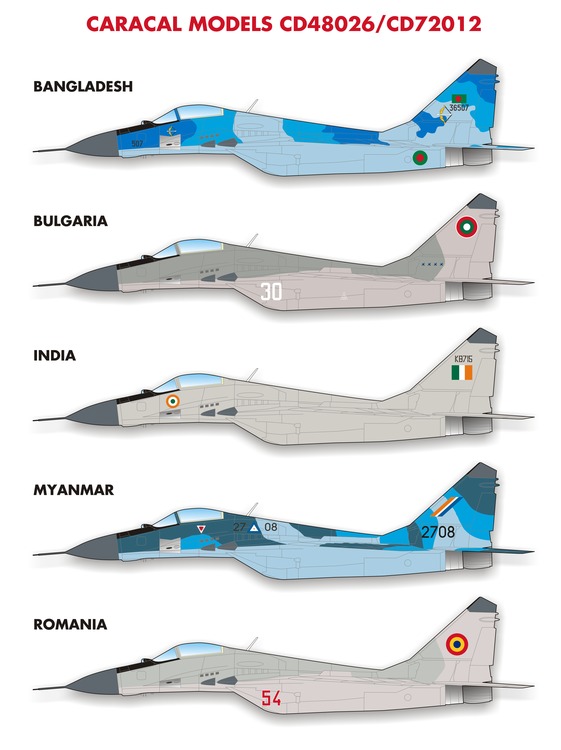 (only single-seat options shown above)

Some of these MiG-29 markings (such as Bangladesh and Myanmar) have not been done in any scale before. If you're looking for something different for your new Great Wall Hobby MiG-29 kit, this is the sheet for you! The Bulgarian single-seat option features four small A-10 "kill" markings on its tail from a joint US-Bulgarian exercise.
This decal sheet is professionally silk screen printed by Cartograf in Italy.