The first 1/32 sheet in our "Global Air Power" is a scaled-up version of our very successful 1/48 and 1/72 sheets for the North Korean and Iranian MiG-29s. 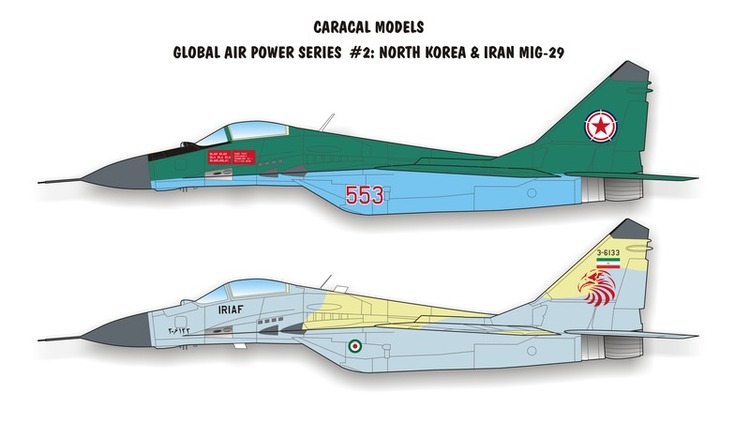 The North Korean MiG-29 featured on the sheet is "553". This sheet only became possible after good quality photos of the aircraft became public after the new North Korean leader Kim Jong-Eun's visit to the air base housing a MiG-29 unit during December 2011. The Korean inscription near the cockpit gives the dates that this particular aircraft was inspected by late North Korean leaders Kim Jong-Il and Kim-Il Sung. We believe these are the first and only accurate decals for an operational North Korean MiG-29.

The decals are designed to fit the 1/32 Revell Mig-29 kit. Full color painting instructions with color code suggestions are included.
This decal sheet is professionally silk screen printed in the Czech Republic.